July 24, 2015, Charlottetown – Speed Skate PEI and the City of Charlottetown (SCORE!) announced today that Speed Skate PEI has won the rights to host Speed Skating Canada’s 2016 Canada East Short Track Championships in Charlottetown. The event will bring the top 11 to 15 year-old short track speed skaters from Ontario, Quebec, the Atlantic Provinces and Nunavut to the Eastlink Centre on March 26 and 27, 2016. 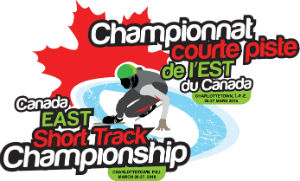 Charlottetown Mayor Clifford Lee said that the City and its partners are excited to welcome Speed Skating Canada and the young athletes to Charlottetown.

“The City of Charlottetown and SCORE! are pleased to have been involved in helping to attract this event to the capital city and we look forward to working with Speed Skate PEI to create a memorable event for all involved,” Mayor Lee said. “Short track speed skating is known for its power, speed and intensity and we’re thrilled that Charlottetown will have this chance to showcase many of the country’s best young athletes in the sport.”

The Canada East event, which will feature 128 competitors, will see the highest level of speed skating competition held in P.E.I. since 1997, when the Canadian Age Class Short Track Championships were hosted in the capital city.

“Canada East is an important event for us as we work to develop the world’s best speed skaters,” said Speed Skating Canada CEO Ian Moss. “Past competitors have gone on to become part of our national team and represented Canada at junior and senior World Cups and World Championships. Canada East is where we often get a first look at our future elite athletes and we’re excited about doing that in Charlottetown next year,” continued Moss.

Rob Binns, Speed Skate PEI President, said that the event will be instrumental in the continuing development of the sport on the Island. “Speed Skating has really been growing on P.E.I. over the past few years and this event will be a great source of inspiration for many of our current and future speed skaters,” said Binns. “The chance to compete in this calibre of event on home ice in front of Island fans is an exciting opportunity for our young athletes to strive toward. We’re delighted that Speed Skating Canada has given this vote of confidence to our organization and to the City of Charlottetown.”

P.E.I. has sent teams to Canada East for the past four years, with Carly Connell nabbing the Island’s best ever finish, a 5th place result in 2013. Miriam Burnett had a trio of seventh place finishes for P.E.I. at this year’s competition.

The Canada East and Canada West short track championships are intended to be the focal point for athlete preparation for skaters in the Training to Train stage of development. The events provide meaningful, high profile and developmentally appropriate end of season events which are a source of motivation and opportunity for recognition of the best developing skaters in Canada. These events serve as the primary introduction to national competitions where skaters represent their province or territory in competition.

Skaters compete in single year, gender specific divisions of 16 skaters each. Girls from ages 11 to 14 and boys from ages 12 to 15 are eligible to compete. Each participating branch (Province or Territory) is eligible to send a minimum of two skaters to compete in each division.