November 11th, 2019, Charlottetown – Island speed skaters made the most of home ice over the weekend, winning 21 medals at the Atlantic Cup Speed Skating Championships in Charlottetown. Speed Skate PEI played host to nearly 120 competitors from 11 clubs and five provinces at the Eastlink Centre, as the Island team sped to its biggest medal total in the last five years. 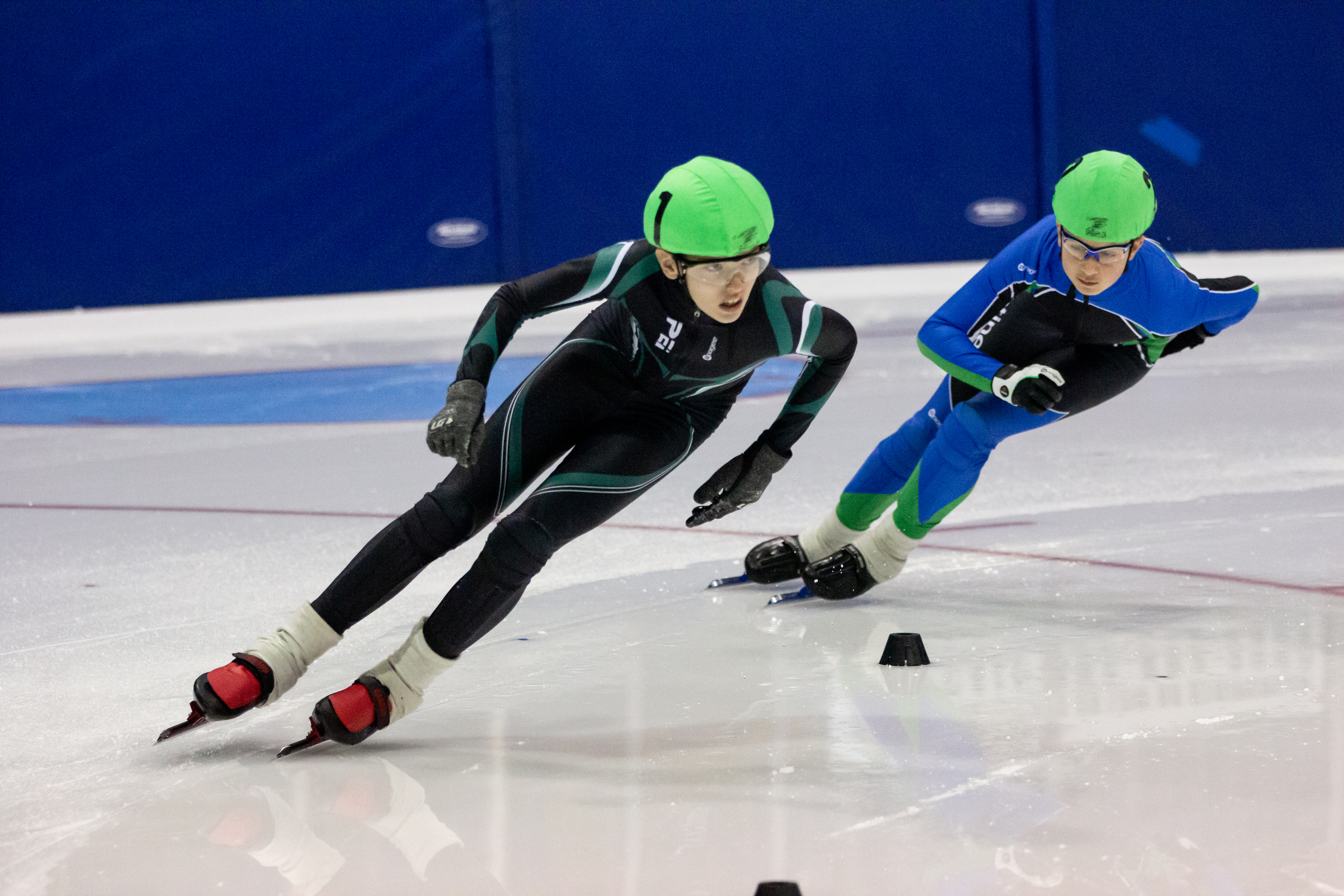 Robbins won every race with personal best (“PB”) times in every distance enroute to the gold medal, while Rogers, from Charlottetown, grabbed a trio of PBs along with a win in the 400-metre event on his way to gold. Burke and Bruce, both of Stratford, each had three PBs, with Burke taking wins in two distances and Bruce finishing as top female in three of her four distances. O’Meara, skating in just his second competition, upgraded from his silver medal debut in Halifax two weeks ago, winning three of four distances to take the gold medal. Erdogan posted wins and large PBs in the 400- and 600-metre events to nab her gold medal, while Zhang had four PBs to earn her gold medal. Reynard made her competitive debut a memorable one with the gold medal finish.

P.E.I. coach Eric Reynard said that the young Island team showed some great early-season form. “This group is a great one to work with. They work hard in training, they’re eager to learn and they compete hard. The sky is the limit for them if they continue to build on these great habits.”

Bruce was the top Islander in the championships with his Division 1 medal performance, which included significant personal best times in his three timed distances and one of the fastest ever 500-metre times (46.563 seconds) skated by an Islander in Charlottetown. Bruce was joined in the top division by a pair of Island team-mates, including Zack O’Meara, who earned qualifying times to compete on the Quebec provincial circuit.

Speed Skate PEI president Andrew Jack thanked the volunteers and sponsors of the 2019 Atlantic Cup event. “For nearly thirty years, we’ve been able to host this first-class event, with tremendous help from volunteers from across the Maritimes and from generous local sponsors. It is always exhilarating to see it come together. Seeing our P.E.I. skaters achieve such a level of success this year is a huge bonus.”