November 6, 2014, Charlottetown – Short track speed skaters from across Atlantic Canada will be converging in Charlottetown this weekend for the Atlantic Cup Speed Skating Championships. The two-day event, being hosted by Speed Skate PEI at the Eastlink Centre, is the first major competition on the Atlantic calendar this season. 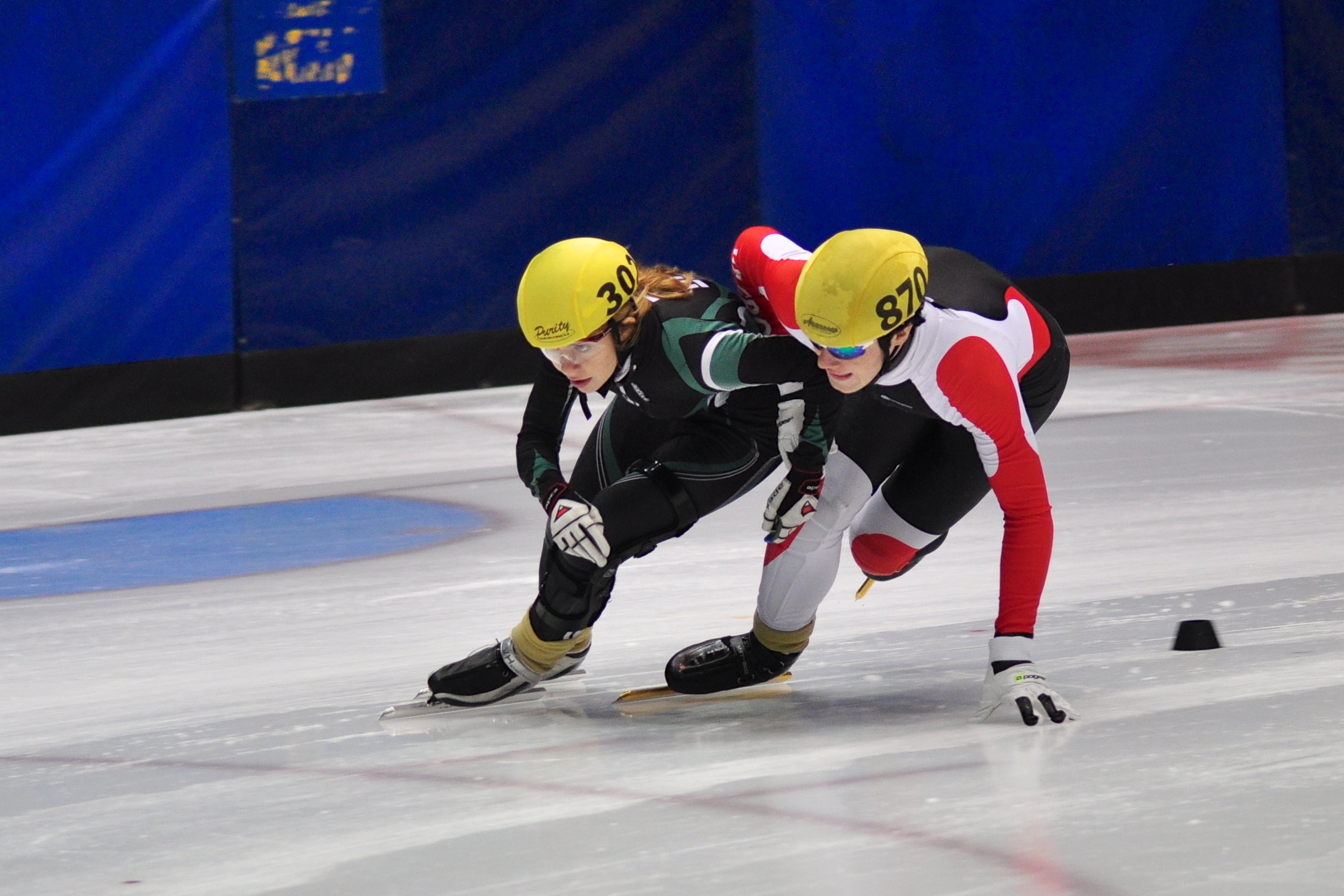 P.E.I.’s Carly Connell (left) holds her ground against a New Brunswick skater during a meet last season. Connell will be one of more than 40 Island skaters competing in the Atlantic Cup this weekend. Photo courtesy of Kevin Scott.

Speed Skate PEI says that it expects strong attendance from all four Atlantic Provinces, with a dozen clubs sending skaters from across the region and Ontario. Four clubs are participating in the Charlottetown event for the first time.
“Hosting the Atlantic Cup on home soil gives P.E.I. skaters a great chance to get their season off to a strong start,” said Speed Skate PEI President Rob Binns. “It’s also great exposure for the sport here on P.E.I. and a chance for prospective skaters to come see some short-track racing up close.”

Interest in speed skating is growing across the country and in Prince Edward Island, according to the provincial body. “We’ve welcomed, and are still welcoming, our largest ever number of new skaters to our speed skating and learn to skate programs this year,” said Binns.

P.E.I. will be well represented at the weekend competition, with over forty Islanders, including some from the new Eastern Kings Speed Skating club, among the 115 skaters competing. Over 25 more young P.E.I. skaters will also participate in exhibition races during the weekend.

Atlantic Cup racing gets underway at 8:00 on both Saturday and Sunday mornings and continues all day. The public is welcome to attend and the event is free of charge.