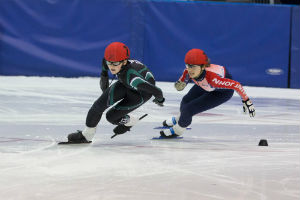 P.E.I. coach Sarah Taylor said that the Island team will keep building on the weekend’s results. “Our skaters are showing a lot of progress after their summer training and I think they all know that there are many more gains to be made. It is going to be an exciting season for us and kicking things off on home ice is always fun.” 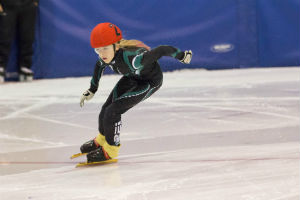 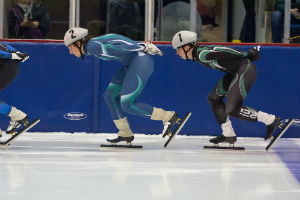 McQuaid was the top Islander overall with his Division 1 silver medal performance, bouncing back with a pair of wins on the final day after a tough opening day . McQuaid was joined in the top division by seven Island team-mates, including his brother Thomas McQuaid, who earned qualifying times to compete on the Quebec provincial circuit.

Speed Skate PEI vice-president Andrew Jack said that the event was a great success. “We love seeing the hard work by all skaters come to fruition with their results at the Atlantic Cup,” said Jack. “We’re just as heartened by the tremendous efforts and contributions of our volunteer team and sponsors. We couldn’t do it without their support every year.”

Island speed skaters are back on the ice for competitions in Halifax, NS and Lévis, QC in two weeks.